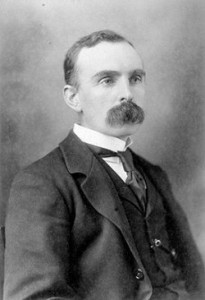 John Walter Gregory (1864-1932) was a highly-regarded British geologist who worked in the British Museum and taught at Melbourne and Glasgow universities. He was also part of expeditions in Africa, Asia and the Americas. Closer to home, he supported the idea of a former northern Atlantic continent without naming it Atlantis, although, apparently,  he was not averse to the idea.

Lewis Spence quotes Gregory’s comments in The Problem of Atlantis[0256.31] .