James Watt Mavor Jnr. (1923-2006) was an American who worked for the Woods Hole Oceanographic Institution. He helped build Alvin, the mini-sub that recovered the lost H-bomb off Spain some years ago. He spent several years cruising Santorini’s central bay in the research ship Chain, using sonar to map the bottom of the bay and bringing up evidence of the civilisation destroyed by the volcanic explosion in the second millennium BC. Unfortunately, following his second expedition to Thera, Mavor was asked to not return because he was stealing attention from the Greek archaeologist working on the project, Spyridon Marinatos. 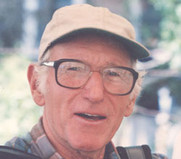 Mavor keenly supported Thera as the site of Atlantis and outlined his research and conclusions in his 1969 book, Voyage to Atlantis[265]. After retiring from WHOI in 1980, he devoted himself to researching and writing about ancient history, anthropology, and archaeoastronomy.

Mavor has also surveyed the huge megalithic site of Mezorah (Mzora, Msoura), situated about 27 km from Lixus in Morocco. It is claimed to be the largest megalithic ellipse in the world. Robert Temple has commented extensively on Mezorah in his Egyptian Dawn[736]. A recent website supports the view that both Mezorah and Nabta Playa were constructed in conformity with the geometry employed in the construction of some British stone circles(a).