Xaverio Ballester is a Spanish linguist and a professor at the University of Valencia. He is a leading proponent of Paleolithic Continuity Paradigm or PCP), which suggests that the Proto-Indo-European 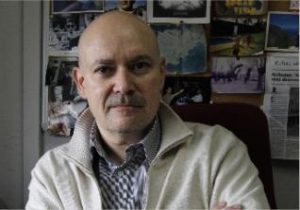 language (PIE) can be traced back to the Upper Paleolithic, several millennia earlier than the Chalcolithic or at the most Neolithic estimates in other scenarios of Proto-Indo-European origins.(a)

He has written on the subject of Atlantis in a paper on the Academia.edu website(b). He discusses the Pillars of Heracles at some length noting that “it is also hardly credible that for the distant Greek world the expression arose precisely from the reference to a strait, that of Gibraltar, which the Greeks must not have known more or less directly, at the earliest, until the end of the 2nd millennium BC, a time that must also be well after the emergence of traditions about Heracles. The corollary of all this is the inevitable suspicion that other older Heracles columns, perhaps the original ones, must have stood much closer to Athens, much closer to Greece.”

He suggests the Dardanelles as the possible location of the Pillars, with Atlantis in Anatolia along with the perimeter of the Black Sea.