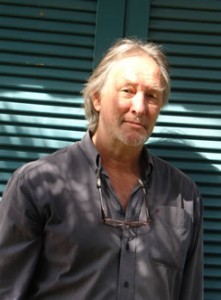 Silver City in which he identifies a location in Portugal, where he lived until recently, for Atlantis. The publicity blurb looks promising as it reads as follows: “Over 2000 books have previously attempted to find the answer but invariably stumbled by matching only a handful of Plato´s clues for this fabled lost civilisation. This book matches almost 60 and includes the discovery of the ancient capital with its harbour that Plato described in great detail and the great sunken plain with at least one group of submerged ruins. Everything fits – the precise location, climate, topography, crops and animals, even the incredible wealth. It sits uneasily by one of the world’s most lethal seismic fault lines which in the past has wreaked havoc up to ten times more powerful than the recent quake off Japan with tsunamis 100 feet high. The great Atlantis empire is traced together with their leaders odysseys to civilize South America and Egypt. The unique Atlantean physical characteristics are pinpointed and an ancient alphabet traced from which Phoenicians and Greek developed.” However, a pre-publication critique(a) has been rather less than encouraging.

Now that I have read the book I must declare that Daughtrey has produced a work that offers a spirited argument for considering Portugal’s Algarve as the location of Plato’s Atlantis.  In fact he designates not just the Algarve and the submerged area in front of it as Atlantis, but the whole of that south-west Iberian region, starting immediately outside the straits of Gibraltar. The first half of it is the Costa da Luz in Spain.  I note that Greg Little has written a positive review of Daughtrey’s book.(f)

Daughtrey recently elaborated that his “position for the great plain that Plato referred to is now the seabed front of southern Portugal and southern Andalucia as far Gibraltar. I think it would also have extended onto the submerged area of northern Morroco and onto the existing mainland . There would only have been much extended narrow straits from Gibraltar dividing it for a good length.”

More specifically he identifies the town of Silves, just west of Faro, as the Silver City in the title.

In order to compile Atlantipedia, I have had to read many books supporting a wide range of theories. I can say that Daughtrey’s offering would be in my top dozen Atlantis titles, along with those of Jim Allen, Andrew Collins, Anton Mifsud, Otto Muck and Jürgen Spanuth. They have all made valuable contributions to Atlantology even though I do not accept all their conclusions.

Nevertheless, without going into a string of nitpicking comments, I would prefer to clearly state where I believe Daughtrey is fundamentally wrong. Which is in accepting Plato’s (or should that be Solon’s) 9,000 years literally. He is not the first to take this approach as the consequence is that either Atlantis attacked Athens (and Egypt) which did not even exist as organised societies at the time or the science of archaeology as we know it must be abandoned. It is interesting that when it suits him, Daughtrey is prepared to revise Plato’s dimensions for the Plain of Atlantis. I prefer to reinterpret all of Plato’s numbers, which I believe are seriously flawed.

In spite of the above, this book is a valuable addition to any Atlantis library.

September 2014 saw the History Channel preparing to broadcast a documentary on Atlantis in the Algarve that includes extensive interviews with Daughtery(b). However, following the airing of the program he seemed rather disappointed(c) that many of what he considered his most important arguments had been omitted from the final cut and that the producers were more interested in extraterrestrials.

Daughtrey’s book has been updated and contains what he calls “dramatic new evidence”. Daughtrey’s book is supported by a website(e) that includes updates and additional articles, interviews and reviews.

In 2015 Daughtrey published a paper entitled ‘Mark Adams’ Atlantis in Morocco Theory Debunked’(g). This is rather misleading as Adams did not endorse any theory [1070].  The author of the Moroccan theory referred to by Daughtrey was the late Michael Hübner, who is not mentioned once. In fact, Daughtrey’s article offers no debunking but was just a promotional piece for his own book. I have a personal interest in this as I had been impressed by Hübner’s carefully constructed theory and had suggested that Adams should meet Hübner. I subsequently identified a flaw in Hübner’s theory.