Konstantin Balmont (1867-1942) was a celebrated Russian poet who was convinced of the existence of Atlantis. His poem City of the Golden Gates was 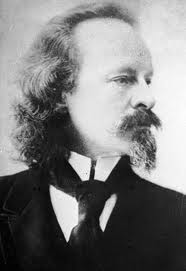 devoted to the subject. However, he went further, travelling to Central America where he claimed that the remains of the ancient civilisations there were evidence for the reality of Atlantis. In his 1910 book, Zmeinye zvety (Snake Flowers), he expanded further on the subject.