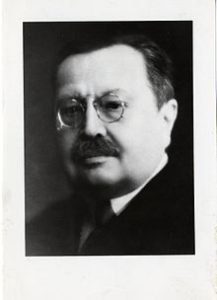 Alphonse Berget (1860-1934) was a French geophysicist who expressed support for the existence of Atlantis in 1925(a)(b). He apparently believed it to have been located in the Atlantic as the newspaper report quotes Berget vaguely saying “that the actual limits of Atlantis can be traced. Starting from the Ivory Coast, he asserts, the boundaries can be established by oceanographic soundings.”