Hendrik J. Bruins is a Dutch professor of geology at Ben-Gurion University of the Negev in Israel. In April 2007 he appeared on a BBC Timewatch documentary 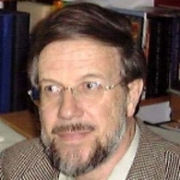 entitled The Wave that Destroyed Atlantis. In it he supported the new old idea that Atlantis was Crete and had been destroyed by a megatsunami generated by the eruption of Thera. Costas Synolakis, a tsunami expert from the University of Southern California, on the same programme pointed out that apart from tsunami damage to ports and shipping, ash falls would have resulted in crop failure and general social collapse. Neither Bruins or Synolakis attempted to match the full Atlantis text with the Minoan location.