Col. John Blashford–Snell was born in 1936 and educated at Victoria College, Jersey and then entered The Royal Military Academy, Sandhurst, followed by 37 years in the Army. He is married with two daughters and lives in Dorset. His interest in 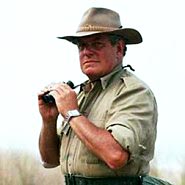 exploration led him and some colleagues to set up the Scientific Exploration Society of which he is now chairman. He has organised and led over sixty expeditions and has received a number of awards including an OBE. On top of all that he has written thirteen books. His 2001 Koto Mama II expedition to Bolivia in search of Paititi a legendary lost city of the Incas generated some criticism by environmental interests for his use of dynamite, to clear a six-mile path through the rainforest(c). Paititi remains just a legend in spite of a number of expeditions during the decade following Koto Mama(d). A more extensive biography can be found on his website(b).

Blashford-Snell has also written an introduction to Atlantis: The Andes Solution by Jim Allen who places Atlantis on the Bolivian Altiplano near Lake Titicaca. In 2000, an expedition led by the Italian, Lorenzo Epis, discovered a temple 660 x 160ft at the bottom of Titicaca(e). Allen claims in his book that the Koto Mama expedition was inspired by his own search for Atlantis in Bolivia.

In February 2010, Blashford-Snell claimed(a) to have found a possible  ancient water route in Nicaragua linking the Pacific and Atlantic Oceans hundreds of years before the Panama Canal. The 74-year-old veteran explorer is planning a further expedition to demonstrate that he can travel coast to coast by water alone using natural features that include a lake, a river and a flood plain.