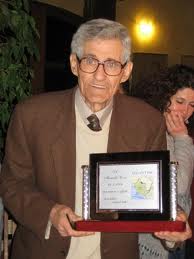 Marcello Cosci (1929- 2009) was former head of Siena University’s archaeological photo-interpretation department. After extensive studies of satellite imagery Professor Cosci arrived at the remarkable conclusion that Sherbro Island off the coast of Sierra Leone had features that matched Plato’s description of Atlantis(a).

A paper submitted to the 2008 Atlantis Conference by Cosci is now available online(b). Cosci has published his theory as well as the relevant images in book form[611].