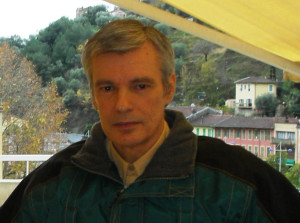 world, this time declaring 2027 as the appointed year in his latest book Fin du Monde en 2027.

Normally I would ignore such drivel but as M. Dolciani has also ventured into the area of Atlantology, I feel free to comment on his views. He has decided that when Plato referred to ‘island’ he actually meant ‘centre of civilisation’, which he identifies as Egypt, the Indus Valley and Mesopotamia! His explanation for Plato’s 9000 ‘years’ is that they were in fact periods of 73 days because it agrees with both the synodical revolution of Venus and our solar year!! With reasoning like that, we have little to fear from 2027.

However, in my opinion, Dolciani is religiously deluded, claiming to have had a number of dialogues with Jesus. His website wanders all over the place referencing UFOs, Baalbek, Pyramids and the Mayan Calendar among so many others(b).