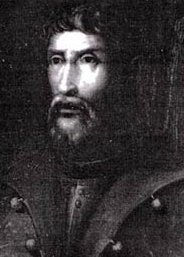 during the final years of the Byzantine Empire. He is generally credited with reviving interest in Greek learning in Western Europe. Plethon was keen to heal the schism between the Eastern and Western Churches and also tried to reconcile Platonic thinking with Christianity, including the reintroduction of the Olympian gods(a). He is sometimes referred to as one of the first ‘Pagan’ Neo-Platonists.

It is believed that Plethon gave a Greek copy of Plato’s Dialogues to Cosimo de Medici and made such an impression on him that de Medici founded a new Platonic Academy at Florence and appointed Marsilio Ficino to head it. From there Ficino went on to be the first to translate the entire works of Plato from Greek to Latin, published in 1484.