Marc-André Gustier is an American-born geophysicist at the University of Western Brittany. He addressed the 2005 Atlantis Conference on the subject of Spartel Island, now submerged just beyond the Strait of Gibraltar 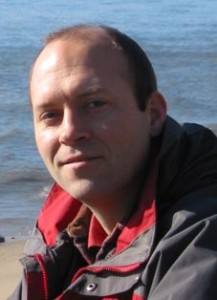 , but above sea level during the last Ice Age. Prof. Jacques Collina-Girard had proposed Spartel as a possible location for Atlantis four years earlier. Gutscher subsequently(a) withdrew his support for a Spartel Atlantis.

Gutscher’s theory was attacked on the grounds that no advanced civilisation existed 12,000 years ago. Although Gutscher retracted his earlier position, Collina-Girard has stubbornly continued to espouse his views, expanding his argument in a 2009 book[0752].