HAB Theory is named after a fictional character, Herbert Alan Boardman, in a book[0357] by Allan W. Eckert, who in turn is based on a real person, Hugh Auchincloss Brown (1879-1975), who privately published Popular Awakening Concerning the Impending Flood in 1948 and Cataclysms of the Earth[358] in 1967, about catastrophes that have beset our planet and the threat of similar events in the furure. His core idea is that the Earth experiences a major disturbance to its axis, on average, every 5,000 years (3,000-7,100). This pole change was attributed to a continuing build up of ice at the poles that eventually will make the Earth unstable and cause the poles to shift by 90°. Brown’s second book was published in 1967 while Eckert’s fictional work was written in the late 70’s so that some of the ideas would appear to be in conflict with our current concerns regarding global warming and continuing de-glaciation. 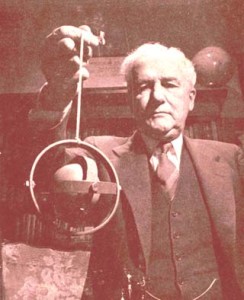 There is also an interesting website(a) that has a link to the full text of Brown’s book although if you wish to download it, I would suggest (b) . His writing style leaves a lot to be desired but may be worth the effort. Some commentators have tried to link Brown’s HAB theory with the destruction of Atlantis and the work of Rose and Flem Ath would appear to show some influence from Brown’s work. In fact it is more likely that Eckert’s work was inspired by the theories of Charles Hapgood.