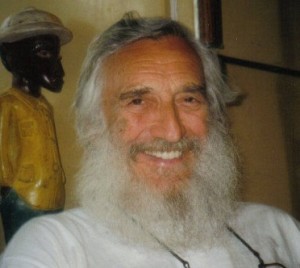 Jean-Pierre Hallet (1927-2004) was a Belgian ethnologist who was born and grew up in Africa. During the Second World War he fought as a teenager with the Belgian Resistance. After the war he returned to the Congo and over time he developed an intimate knowledge of the local cultures, learning a variety of their languages. During an adventurous life(a) he frequently came close to death.

In his fascinating book, Pygmy Kitabu[830], Hallet recounts his experiences with the Efé pygmies of the Ituri Forest in what is now part of the Democratic Republic of the Congo. What is quite interesting is that Hallet has identified aspects of Efé mythology that closely parallel details in the Book of Genesis. In addition, he has also found that pygmies have a place in Egyptian traditions exemplified by their god Bes. Throughout the book he refers to Plato’s Atlantis and suggests that elements of that story can also be found in the traditions of the Efé. His contention has a very tenuous basis but it does highlight how people can be tempted to build an Atlantis theory on the basis of a small number of similarities between Plato’s account and their presumed location. If Plato’s narrative is taken as accurate, all the details must match.

Pygmy Kitabu should be required reading for anyone interested in the history of man.