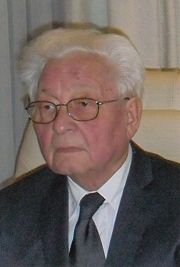 Alois Jacob (1933- ) is a German classical scholar who has studied the subject of Atlantis for over twenty years and has concluded that it is not just an invention. He is the author of Atlas und Atlantis[978] in which he sees Atlantis situated in the Atlantic and as a hyperdiffusionist centre based on linguistic and architectural similarities found on both sides of the Atlantic. He is sympathetic to Otto Muck’s concept of Atlantis’ destruction having been the result of an asteroid impact.