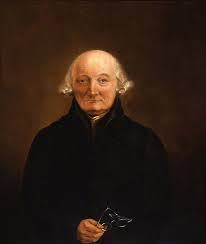 Jean Andre De Luc (1727-1817) was a Swiss geologist and meteorologist who moved to England in 1773 and shortly afterwards was made a fellow of the Royal Society. In 1778 he was the first person to use the term ‘geology’ in a recognisably modern sense. He also suggested the existence of a lost continent in the Indian Ocean foreshadowing the 20th century theories involving Sundaland.