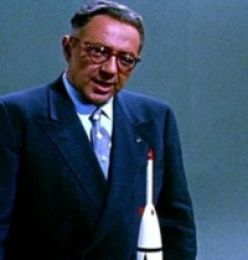 Germany in 1935 and eventually ended up in the United States. His great interest was rocketry about which he wrote a number of books on the subject including one with Wernher von Braun. Ley also wrote a regular science column for Galaxy Science Fiction from 1954 until his death.

In the late 1930’s he wrote a number of short articles in English describing the controversial ‘Baghdad  Batteries’, which until then had only been discussed in German. One such paper is republished in L.B. Radka’s book[948.151].

In 1969 sixteen of those articles were published in book form with one of them about Atlantis being used for the title, Another Look at Atlantis and Fifteen Other Essays[827]. Ley supported the idea that the eruption of Thera had been the inspiration for Plato’s Atlantis story.