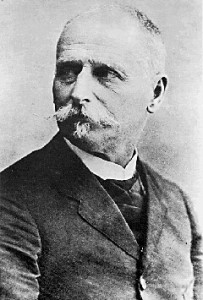 Teobert Maler (1842-1917) was an Austrian-born photographer and archaeologist who discovered and photographed a frieze on the main Mayan temple at Tikal, in the Yucatan peninsula of Mexico, which appeared to depict a drowning man and another escaping from sinking land in a boat, while a volcano erupts in the background. Maler was convinced that this was an illustration of the destruction of Atlantis.

Unfortunately, he had the frieze removed to the Berlin Museum where it was destroyed in the bombing of World War II. In 1939, Robert Stacy-Judd included a photo of 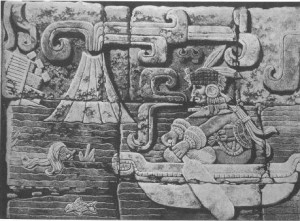 this frieze in his highly acclaimed Atlantis: Mother of Empires. Maler’s interpretation of the frieze has been adopted by a number of writers, most recently by Frank Joseph in Survivors of Atlantis.