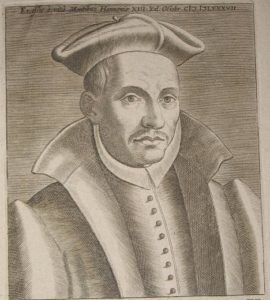 Jacobus Pamelius (Jacques de Joigny de Pamele) (1536-1587) was a Flemish theologian who died shortly before he was confirmed as bishop of the former French diocese of Saint-Omer. Among his output, he has edited the works of Tertullian[1469]. While Tertullian had placed Atlantis in the Atlantic, submerged by Noah‘s Flood, Pamelius was in favour of an American location for Atlantis.