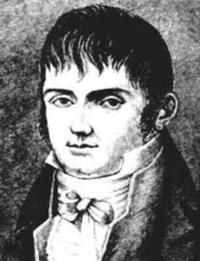 Constantine Samuel Rafinesque (1783-1840) was born in Constantinople of mixed French/German parentage. He was a polymath with advanced ideas in a range of disciplines with a special interest in pre-Columbian America. He was one of the first to partially decipher the Mayan numbering system. He did not exclude Atlantis from his wide-ranging studies and claimed that the various Atlantic islands, such as Azores, Canarias, Madeira etc., were part of Atlantis, he also included the Americas which he referred to as ‘Megalantodos’ or the ‘Great Atlantis    He also advocated that the 9,000 years that Plato/Solon said had elapsed since the demise of Atlantis should be read as seasons of which there were three in the Egyptian solar year.

He further claimed that there was a Gibraltar landbridge that was destroyed 654 years after Noah’s Flood. These claims are to be found in chapter 14 of Vol II of The American Nations published in 1836. This volume can now be downloaded for free(a).