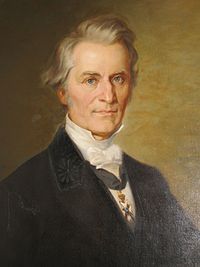 Anders Retzius (1796-1860) was a Swedish anthropologist who studied the skulls of the Guanches of the Canaries and noted a similarity with those of the Guaranas of Brazil and others. He suggested that the existence of the continent of Atlantis might explain such connections.(a)

Today, the survival of the Guarani people is under threat(b).