Karola Siebert (died 1980’s), was an archaeologist, variously described as British or German, with one site claiming 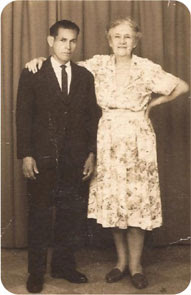 that she had been expelled from Germany(c).

In 1958, she claimed to have found evidence of an Atlantis based religious cult in the Manchay Valley of Peru(a). She published her findings in a 24-page booklet, Atlantis in Peru[547]. She placed Atlantis in the Atlantic where it functioned as a stepping-stone between Africa and America(b).

>Extensive excerpts from her book were published in 1968 in Sykes’ Atlantis magazine(d)(e).<

I found her work highly speculative and like so many others, offering assertion in place of evidence. In the May 1965  (March/April editions) of Sykes‘ Atlantis magazine, she seems to find ‘Atlantean’ temples wherever she looks. The following half century has seen little support for her views.