Harry Silvertsen & Stephen Redman are the authors of two volumes which combined are over 1000 pages entitled Deluge: From Genesis to Atlantis[843] and Measurements of the Gods[844]. 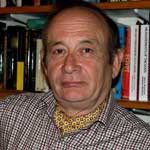 In broad terms the books are an intense study of the origin of the mythology of the Great Flood as well as the history of measure. Chapters 13 & 14 of Deluge are devoted to the story of Atlantis. Both books can be read online(a).While dealing with specifics such as, the etymology of Atlantis, Orichalcum and the Pillars of Heracles, I think the authors unusual conclusion is best expressed in their own words; 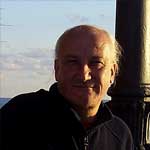 “It is found then, that Plato’s Atlantis ultimately is no more than another rendition of the ‘Great Flood’ mythology, in this case utilised by him to illustrate his importance in lawgiving. If the Ten Commandmentswere given to Adam and Eve instead of Moses then there would be a direct Biblical comparison. In essence, the story of Atlantis reinforces the analysis of the flood and creation legends as outlined in Deluge as in addition to the celestial events described therein, there is the devastation caused by known flood events at Sundaland to which his description decidedly points, some 11,000 years ago. This approximate date is dictated not merely by Plato’s ‘9,000 years’ for Atlantis’s demise, but also his depiction of its City and its central mound [the World Mountain supporting the axis of the heavens] as symbolically representing the constellation of Hercules when Tau Hercules was the Pole Star.”

Silvertsen has>published two slightly different condensed versions(c)(d)<of their Atlantis theory, which explains that “Plato’s main target was not a location on earth but a specific region of the sky and equally precise date. His reference to “beyond, (or  before) [dependent upon who’s translation one reads] the Pillars of Hercules ” is not a reference to a location on Earth. This refers to a time before the constellation Hercules appeared in its precessional location with the small star Tau Hercules at the celestial North Pole, an era when Hercules was still to the west of the polar region. Tau Hercules was pole star for the period of 1000 years from 8100BC to7100BC. Correctly, some of those who have assumed that Plato meant an island on Earth have looked to the west for its location; however, they have had the devaluation only partially correct as they should have been looking to the heavens and not the Atlantic.”

>By his own admission Silversten concedes that their theory does not match all the details in Plato’s story – “Of course while this short narrative explains the broad outline of the scheme devised by Plato there are details he used that are not explained here such as how he managed to have an educated Greece prior to Egypt or even why he wrote the tale in the first place.” In my view there are many other flaws in Silversten’s interpretation of the Atlantis narrative. For example the claim that “Atlantis, then, was not an island on Earth. Atlantis was the constellation Hercules. The Atlantians were the immigrants to Merhgarh (Pakistan) from Sundaland.”<

Silvertsen and Redman were guest authors on Graham Hancock’s website with a paper(b) entitled Science versus Religion.