Duncan Steel (1955- ) is an astrophysicist who has worked in the USA, New 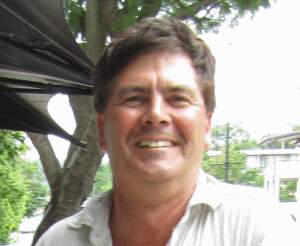 Zealand and was a director of Spaceguard Australia>until it was closed down by the government in 1996(c).<

Dr. Steel has been employed by both NASA and the ESA. In 1995 he suggested[562] that Stonehenge I had been constructed as a predictor of the Earth’s intersection with the path of a comet and its attendant debris, with a 19-year periodicity(a). This controversial idea named Encke’s Comet and the Taurid meteor shower as the principal culprits and dated the first encounters to around 3100 BC. This date coincides with the conclusions of David Furlong[285] and Timo Niroma who note cultural and meteorological upheavals at that same time.

>A review of Steel’s book by Lucy McFadden, a visiting scientist at the Department of Astronomy, University of Maryland concluded with the following – “I can’t recommend Rogue Asteroids to someone who tires of reading numbers, or to someone who wants a pleasant easy-going read. The facts are grim, the message is important and could well be the most significant scientific result coming from the space programs of all the wprld’s governments in the latter years of this millennium. It is certainly reason to pause for an existential moment.”<

Steel has his own website(b).