Elias Stergakos (1942- ) is Greek by birth, but as a teenager moved to the United States. He got his 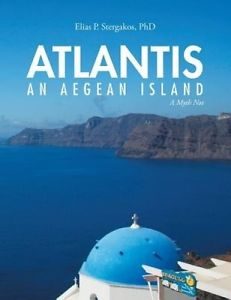 undergraduate degree in physics, his Masters in high energy physics and a PhD in nuclear science and engineering; all within eight years. He is now retired and able to pursue his interest in archaeology. This led him to visit Santorini in 2012, where he was so impressed by the obvious scale of the 2nd millennium BC eruption that he was convinced that it was reflected in Plato’s Atlantis narrative. He has now published his version of the Minoan Hypothesis in Atlantis- An Aegean Island[1035] . The author’s conclusion in this short 68-page book are based on “Plato’s texts in conjunction with geographical, geological and archaeological data.”