Iain Stewart (1964- ) is a Scottish geologist and former child actor. Stewart lectured on geology at the University of Plymouth and now is a senior lecturer in Geography and Earth Sciences at Brunel University.  In 2007 a newly identified species of ant, Cerapachys iainstewarti, was named after him, when it was discovered during the filming of a TV programme presented by him. 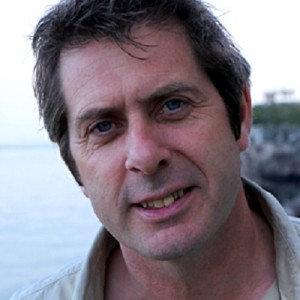 However, he gave up his acting career to study geology and geography and eventually received a PhD. No doubt assisted by his acting experience Dr Stewart has gone on to present a number of science programmes on television. The first of which was Helike: The Real Atlantis (2002), in which he proposed that the submergence of Helike was the inspiration for elements of Plato’s Atlantis story(a).

In 2014, he updated the article providing interesting information regarding the effects of earthquakes in Greek history, concluding with a reiteration of his support for Helike as an important influence on the development of Plato’s story of Atlantis. He returned to the subject again in June 2015(b).

Stewart was a member of the steering committee of the 2008 Atlantis Conference held in Athens.