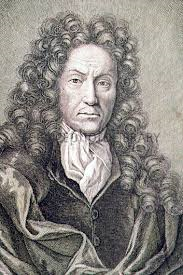 Christoph Cellarius (1638-1707) was a German classics scholar and philologist, who was appointed Professor of Eloquence and History at Halle University.

>I had originally listed Cellarius as a supporter of an Atlantic Atlantis, but this appears to be incorrect according to the research of Thorwald C. Franke. In his  Critical History of Opinions and Hypotheses on Plato’s Atlantis, he says: ” In the work Geographia antiqua iuxta et nova, published in Latin in 1687 and later translated into German, Cellarius expressed briefly on the question of whether America is Atlantis: he considers it uncertain. In the second volume of his work Notitia orbis antiqui sive geographica plenior , published in 1706 [1304] , Cellarius became clearer: he now considered it probable that there was a core of truth in Plato’s Atlantis story, the one on America points out, and that these obscure tidings came from America, among other things, to the Greeks via Egypt.

Contrary to the opinion of Thomas Henri Martin, Cellarius does not explicitly speak out against the existence of Atlantis. The passages given by Martin deal with the spherical shape of the earth and other things, but not with Atlantis. Manfred Petri seems to have adopted this opinion from Martin without looking at it.“(a)<

Thomas-Henri Martin (1813-1884) was a French scholar who wrote a commentary on Timaeus, Études sur le Timée de Platon[471], in which he concluded that the entire story was fictitious.*His intention was to eradicate what he described as ‘Atlantomania’.*

In the 19th century it was generally believed that Atlantis had been a continental sized island in the Atlantic. Martin ‘reasoned’ that the cataclysmic disappearance of such a large landmass would have left geological evidence on Europe and Africa and since no such corroboration had been found, therefore Atlantis never existed. The basis of his argument is seriously undermined if the extent of Atlantis is accepted as having been more modest as is the view among the majority of atlantologists today. This would permit a credible Mediterranean location for Plato’s island to be offered for consideration.

Both volumes of Martin’s commentary are now available as ebooks(a)(b).