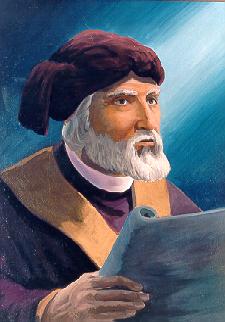 Tertullian (160-220 AD) was one of the early Church Fathers from Carthage in North Africa. In his De Pallio (II.3) he refers to the destruction of Atlantis as an example of the global effect of Noah’s Flood. In both De Pallio and Apologeticus 40.4 he refers to the island of Atlantis being submerged in the Atlantic.

However, I find it difficult to invoke Tertullian in support of scientific Atlantology as he was content to believe in god, on the grounds the concept was an absurdity – “credo quia absurdum est”! I believe it because it is unreasonable’

I prefer the radical idea that faith should be supported by evidence and reason.