The Secret of Atlantis

The Secret of Atlantis [098], by Otto Heinrich Muck (1892-1956), was published posthumously, in German, in 1976, followed two years later by an English translation by Fred Bradley. 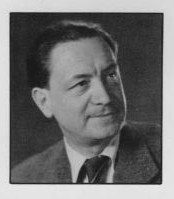 Muck was a resolute proponent of the theory that Atlantis existed in the Caribbean and was destroyed following an encounter with an asteroid. He identifies two large submarine holes near Puerto Rico as being possibly caused by the primary impact and adds the existence of the Carolina Bays as a possible secondary result.
He goes further and declares that this event took place at 8pm on June 5th, 8498 BC. He has arrived at this specific date following a close study of the Mayan calendar and in particular the presumed starting date of the so-called ‘Long Count’. As Zhirov pointed out ‘this means that one hypothesis is built on another”.

Muck contends, that prior to this collision, the glaciation of Europe would not have occurred as it did, had the Gulf Stream been able to operate as it does today. However, he postulates that a large island had existed in the Atlantic that prevented this from happening but it was destroyed by his suggested impact date of 8498 BC. This gave us the Gulf Stream circulation we now know and raised the temperatures in the north Western Europe. It is worth considering that scientists today are predicting the possibility of the warm Gulf Stream shutting down again due to the rapid melting of the Greenland Ice Cap, ironically as a consequence of global warming. The possible consequences of such an event would be catastrophic for parts of North-Western Europe.

Muck also attempted to bolster his destroyed Atlantic island theory with an explanation for the enigmatic migration habits of European eels.

Overall, this is an interesting, if flawed, work. Any criticism today should be tempered by the fact that was written without the benefit of the discoveries of the forty years since its publication. In that brief time span at least three of the mainstays of his theory, the Gulf Stream, the eel enigma and the Carolina bays have been potentially undermined with alternative explanations.

Egerton Sykes suspected that the impact theories of Muck were founded on those of Frank A. Melton and William Schriever of the University of Oklahoma and William F. Prouty all of whom proposed an extraterrestrial intrusion as the cause of the Carolina Bays.