Manuel Vega (1967- ) was born in Spain and studied Chemistry there and later worked as a research scientist in America and Japan. He travelled widely in the Far East before returning to the United States where he spent five years training a Buddhist monk before resuming a more secular life.

In 2012 he published Sailors of Stonehenge[868] in which he reviews the principal megalithic sites of Western Europe, including 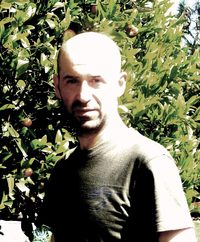 some interesting speculation. For example he describes the English Avebury complex as a site of ‘monarchical renewal’ and proposes related ceremonies at Stonehenge.  Another of what I consider his more fanciful ideas is his suggestion that Ireland’s Boyne Valley, which includes Newgrange, was used as a ‘royal funerary complex’ for dead English kings! He maintains that the location of many of these sites was determined by the position of astronomical features in the night sky.

Vega ends the book with a chapter on Atlantis, which he locates in the Atlantic and identifies the Atlanteans as the Megalith Builders. “By the end of the 4th millennium BC they designed a huge celestial mirror over the Atlantic territories, which served to regulate themselves politically and religiously (implementing Heavens on Earth). The largest and most unique constructions, such as those at Carnac, Avebury, Stonehenge and Newgrange, were royal monuments erected at key sites of this celestial mirror according to a megalithic technology designed to attain the rebirth of the sacrificed kings again as princes, keeping an unbroken royal lineage.”

*   Vega returned to the subject of the megalith builders in 2015 with the publication of Voyage Zero[1443].  However, in 2017 he became even more contentious in Madrid is Atlantis[1444], which as the title implies, claims that Atlantis was located in the vicinity of the author’s native city.*

I found it very hard to accept most of his claims.

Those interested in reading more of Vega’s ideas can read his blogs(a).