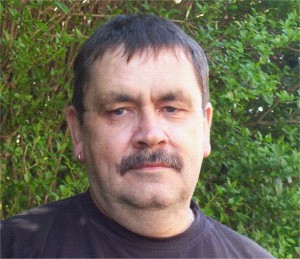 successful books to his credit(a). His area of interest is principally ancient civilisations which led to the publication of Civilization One[623] and Before the Pyramids[646] co-authored with Christopher Knight. A critical review(e) of the former is offered by Jason Colavito, a man who only writes critical reviews.

The sequel to Civilization One was Who Built the Moon [937] in which Butler and Knight offer evidence that our Moon is artificial! Even more extreme is his claim in Intervention[966] that at critical junctures in man’s history, humans from the future have returned to intervene!!

Butler also wrote a book on the Phaistos Disc – The Bronze Age Disc[504]. In it he contends there is support for his 366-degree geometry. The Disc having 30 divisions on one side and 31 on the other, which, with, a calendar alternating 30-day months and 31-day months would result in a 366-day year! Sylvain Tristan supports this idea(d) .

He has only touched briefly on the subject of Atlantis in a number of his books, but this appears to be about to change with a forthcoming offering due in 2014 entitled The Dawn of Genius[938] which promises to deal more fully with Plato’s island. In chapter nine he expresses the view that Plato’s Atlantis story is probably a conflation of a number of historical tales of which the Minoan Hypothesis provides some of the threads. He rejects an Atlantic location as contrary to geology and Plato’s nine thousand years to be archaeologically unsound.

Guy Gervis wrote a positive review of Civilisation One, while A more critical view of Butler is offered by Jason Colavito(b).

In 1999, Butler published City of the Goddess[1065], which deals with Washington, DC’s direct connection with Freemasonry and its veneration of the Great Goddess! Then in 2015 America: Nation of the Goddess[1066] will be published. It has been co-authored by Butler and Janet Wolter, wife of TV presenter Scott F. Wolter. We are already informed that among the gems contained in it, is the revelation that “every baseball diamond is actually a temple to the Goddess.” I’m not making this up. Jason Colavito was equally surprised(c).