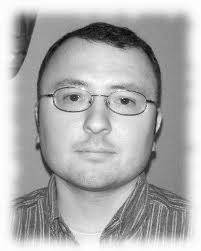 such as alien gods, ancient Egypt and of course Atlantis(a). In spite of his scepticism, I have found many of his blogs very interesting, particularly his book critiques, which I have frequently referred to in Atlantipedia (See: Gavin Menzies, Erich von Däniken, Frank Joseph, and John Kinnaman).

*However, regarding Plato’s Atlantis, he also wrote (d) that “once you start admitting that parts of the story aren’t literally true, there’s nothing to suggest any of it is.” To me, this seems somewhat extreme as Colavito must know that the ancient Greek writers, in conformity with the literary conventions of the day, frequently mixed actual historical details with mythology. Sometimes distinguishing between the two may be difficult, but that does not justify ‘throwing out the baby with the bathwater’.*

Two of Colavito’s short books are available as pdf downloads, Mysteries of Ancient America[1128] and The Origins of the Space Gods[1129].

In spite of being a professional sceptic, Colavito describes Atlantis as a lost continent that is almost certainly fictional.(b) Colavito’s review(c) of 2017 is in turn both amusing and depressing, but definitely worth a read.