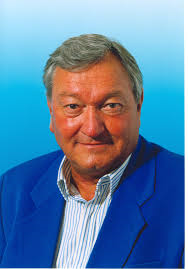 Erich von Däniken (1935-) is famous for his ancient astronaut theories. However, others, such as W. Raymond Drake preceded him. Similarly, George Hunt Williamson (1926-1986), who also wrote of alien visitors, was irked by Däniken being referred to as “the father of the ‘ancient astronaut’ theory”(g).

As a young man, I was influenced by Däniken’s writings and it took time to develop my critical faculties to the point where I could discount his ideas as ‘pure waffle’. I now see him as a guru for the lunatic fringe who cynically presents distorted collections of historical artefacts and data for financial gain.>One website(a) recounts his claim that the humble banana is evidence of extraterrestrials visitors.<The same source also deals with his lack of truthfulness, which along with one particular blog(c) from Jason Colavito are both well worth a read. Colavito has also reviewed the racism expressed by von Däniken(d).

Von Däniken had seldom touched on the Atlantis story until his Odyssey of the Gods published in English in 2000[273]. He concentrated his discussion on the work of fellow Swiss writer, Eberhard Zangger, who identifies Atlantis with Troy. Von Däniken appears ambiguous about the actual existence of Atlantis, although he seems most reluctant to accept Zangger’s Trojan theory.>“Almost anything is possible where Atlantis is concerned. Only Eberhard’s assumption that Atlantis was nothing other than Troy is hard to sustain.”<

Von Däniken joined the many 2012 opportunists in his 2010 offering Twilight of the Gods. He claims that 2012 will not see the end of the world but in fact, the Mayan ‘prophecies’ relate to the return of the ‘gods’ in the form of alien astronauts. I hope Von Däniken meets them and expresses his gratitude for the good living that they have provided him with for nearly half a century.

Jason Colavito offers an extensive 7-part critique of ‘Twilight’. Colavito is also featured in Issue 8 of the English magazine Explore History which reviews 50 years of ancient aliens a la von Däniken. The article includes a number of references to Colavito’s criticism of Däniken’s theories(f).

E.C. Krupp, director of the Griffith Observatory in Los Angeles offers a highly critical review of von Däniken’s astronomical knowledge [1842.247]. However, in a balanced conclusion, Krupp candidly wrote “it would be very difficult to prove that ancient astronauts did not visit the earth. But evidence for their having been here is not convincing.”

Some of Daniken’s books are now available as free pdf files(e).

(g) George Hunt Williamson and the ‘Brotherhood of the Seven Rays’ (bibliotecapleyades.net)