Americo Huari Román (1950 – ) is a Peruvian electrical engineer who was 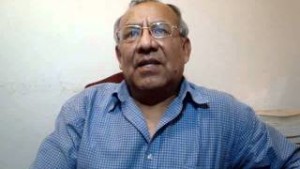 born in the former Inca capital of Cuzco. He is the author of La Atlantida y el Imperio de los Incas (Atlantis and the Empire of the Incas)[1127]. This is a bilingual book with a somewhat flawed English translation.

He contends that originally Atlantis had been an island in the Atlantic from where their influence spread to the the cultures of Europe, Africa and South America.Huari enters the realms of speculation with the wild claim that the Atlanteans used some form of levitation using anti-gravity fields! At the same time he also claims that they did not have the wheel as they did not need it! He quotes Blavatsky and other theosophists and psychics, which is probably where he got his ideas of advanced technology in Atlantis that is comparable with our own.

Even more disappointing for me was Huari’s failure to address Plato’s account, in particular the control of the Western Mediterranean by the Atlanteans from North Africa northward as far as modern Tuscany, and does not adequately explain the war with Egypt, if, as he claims[p.211] it was already an Atlantean colony!

Before the Great Deluge, Huari claims that most of central Brazil had been a huge inland sea and that Atlanteans and  Arawaks lived around this lake and that one artifact left by them is the enormous carved Ingá Stone(c).

After the Deluge a cataclysm inundated Atlantis and Brazil rose 100 metres, which got rid of the inland sea. Some groups fled to the Andean highlands of Peru, eventually developing the Empire of Tiwanaku which later morphed into the Incan Empire.

Huari supports his views with a number of video clips (a) which unfortunately are only in Spanish. Huari published a new video(b) in July 2014.