Danny Hilman Natawidjaja is an Indonesian geologist who is no stranger 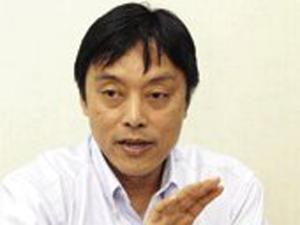 to media interest, as he is regularly wheeled out for comment after the all-too-frequent earthquakes and volcanic eruptions in his country.

In 2013 he garnered further attention with two dramatic claims. The first was a declaration that the huge megalithic site at Gunung Padang on Java was also home to the oldest pyramid in the world(a). Not content with that, he has also stated that the same site is evidence for Atlantis in Indonesia(b). Apart from the media attention he also received support from the Indonesian president. Graham Hancock and Robert Schoch have both visited the site along with Danny Hilman(c).

Natawidjaja published his Atlantis theory in a Kindle ebook, Plato Never Lied: Atlantis Is in Indonesia[961].

November 2016 saw a further incredible claim coming from Natawidjaja, namely that a 2500-year-old ‘electrical device’ had been found on Gunung Padang, which is claimed to be some form of capacitor and has been compared with the design of the biblical Ark of the Covenant. The report(d) that I’ve seen does not include any images, but until more concrete information is available, my scepticism is on ‘red alert’.

In May 2017, Rebecca Bradley, in an open letter, wrote(e) an extensive attack on Natawidjaja’s Gunung Padang claims.