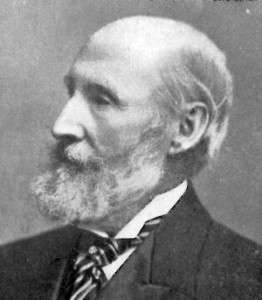 Ireland from 1868 and Professor at the Dublin Royal College of Sciences. He published his memoirs in 1910[406].

Hull identified the Azores as possible remnants of Atlantis following the rising of sea levels around 9000 or 10000 BC. He commented(b) “The tradition of Atlantis ‘beyond the Pillars of Hercules’ can scarcely be supposed to have originated in the mind of man without a basis of reality”.

Hull believed that Atlantis in the Atlantic deflected the Gulf Stream leading to the onset of the last Ice Age! It was over half a century before the idea was revived by other researchers such as Tomas and Muck.

In 1890 he drew a famous time chart some fifteen feet long, based on the 1650 biblical dating system[1681] of another Irishman, Dublin-born James Ussher, Church of Ireland Archbishop of Armagh (1625-1656). What is strange about this is that while Ussher dated the beginning of the world to 4004 BC, Hull’s own writings were based on more scientific data. This same chart has been republished more recently by Barnes & Noble(c) and updated in a manner that has horrified creationists.

*However, it should be noted that Sebastian C. Adams (1825-1898) published a comparable wall chart in 1871(a), so it appears that the original concept was Adams’.