Marius Frandsen, was a Danish engineer who proposed during the middle of the last century that the Azores region held the location of Atlantis and that its plain lay on an underwater plateau to the south of the current archipelago(a)(b).

N. Zhirov noted [458.363] how Frandsen’s study found the dimensions of the plateau closely matched Plato’s dimensions for the plain.

Dieter Thom has published a number of papers on the ResearchGate website, which are mainly concerned with aspects of the Book of Revelation. In another of them(a) he claims to have demonstrated that the Azores held the location of Atlantis, using a combination of Google maps and Kircher’s seventeenth century map.

Alfonso d’Ascanio is a Spanish legal expert with a long-standing interest in Plato’s Atlantis. He is the author of El naufrago del Julán [1734], which is a novel that explores the history of the Canaries and the origins of its Guanche inhabitants. His grandfather published a book in 1922 which investigates the geology of the Canaries. His father, also Alfonso d’Ascanio, was also preparing to finish a book in the late 1950’s(a), which was intended to demonstrate that Atlantis had been situated in the Atlantic, where its remnants are now the Macaronesian groups of islands (Canaries, Azores, Madeira & Cape Verde). D’Ascanio snr also contributed to Egerton Sykes‘ Atlantis magazine.

Rev. Joseph Cook was a late 19th century American lecturer who endeavoured to support religious teaching with science! He had studied in Germany and at Harvard and lectured in New England and old England. Although popular, he did have his critics(a).

Jason Colavito has drawn attention(b) to Cook’s 1883 book Advanced Thought in Europe, Asia, Australia, etc., in which he broadly follows Donnelly and sees the Azores as the remnants of Atlantis, which in turn was the hyperdiffusionist source for the world’s great cultures.

Charles Darwin (1809-1882) is reported in Wikipedia (a) to have been “dismissive of the ideas that others had put forward of sunken continents like Atlantis.” This opinion is dated to around 1855. 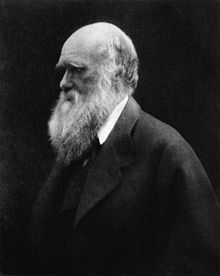 Edward Forbes was one of the first, in 1846 [1471], to hypothesise the existence of a continent in the Atlantic linking Ireland, the Azores and the Iberian Peninsula, which was popularly called ‘Atlantis’. Charles Darwin  described his idea as ‘speculative’.

This would appear to conflict with Marco Ciardi, who claimed that Darwin had accepted the existence of Atlantis, I presume later, but did so “under the influence of, among others, the botanist J. D. Hooker” and “reverted to the hypothesis of a lost continent to which the Atlantic islands testified since they constituted the tips of its highest mountains.” This information was cited by Pierre Vidal-Naquet in The Atlantis Story [580.xxii].

Ignatius Donnelly sent a copy of his Atlantis to Darwin, but received a less than enthusiastic response(b). 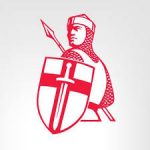 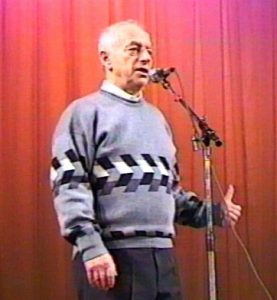 Robert Edward Anderson was the author of two books, Extinct Civilizations of the East[1534] and later, Extinct Civilizations of the West [1486]. Inevitably, he touched on the subject of Atlantis in the latter, without expressing any personal opinion regarding its reality. However, he seems to favour the possibility of the Azores or alternatively, the American mainland, quoting Buffon and Lyell.

Father Sergio is presumably a pen-name of the author of a short book, The Legend of Atlantis[1514].This offering is just a mish-mash of quotes from the Old Testament and Edgar Cayce, placing Atlantis in the Atlantic Ocean in the vicinity of the Azores. He also cites the highly dubious claims of the late Ray Brown. I think it a good idea that the author kept his identity a secret.