Luana Monte is an Italian journalist and author of a number of books. She is a 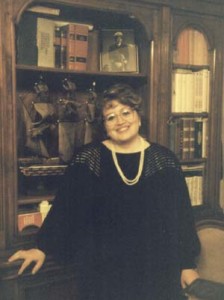 firm supporter of the Minoan Hypothesis and has promoted this view in a book[485] published in Italian, Atlantis: L’Isola Misteriosa(b). In order to overcome one of the principal objections to the Minoan solution Monte argues forcefully that the Pillars of Heracles referred to by the Egyptian priests had been located at the mouth of the Nile at the now submerged port of Herakleion, named after Herakles(c). In a 2005 paper, she suggested that Carthage may have inspired Plato’s description of Atlantis(c). An Internet article(a) by Monte proposed that Thera had been known as Therasia, a name still applied to one of the islands created by the 2nd millennium BC eruption. She then claims that the name became corrupted to Tarsis, the equivalent of the biblical Tarshish and that subsequently the name was brought, by refugees, first to Sardinia and later to Iberia, where it was known as Tartessos. [An English translation can be read in Archive 3919.