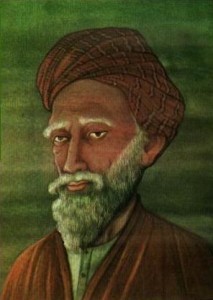 geographer and historian, who became known as the ‘Herodotus of the Arabs’.*He is known to have written over twenty books, one of which, Akhb?r al-zam?n (The History of Time), was comprised of thirty volumes.*

Al-Masudi tells of an old tradition that relates how the Strait of Gibraltar was crossed by a bridge of stone and bricks under which it appears that there was at one time a gentle flow of water from the Atlantic that grew and as the level of the Mediterranean rose, the bridge was eventually washed away. This report, when combined with the comments of other Arab and Greek writers, demonstrates a widespread acceptance of the existence of a dam at Gibraltar in the distant past.