Arcadia is a central region of the Peloponnese in Greece. It is one of a number of locations that have been proposed as inspiring elements of Plato’s Atlantis 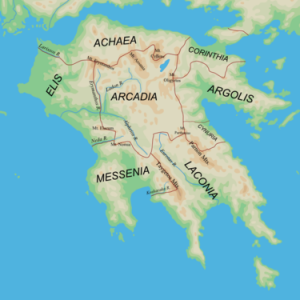 story. One proponent is Oliver D. Smith who argues that “Plato based his king Atlas on a mythical Arcadian king of the same name and his main inspiration for Atlantis was the town Methydrium and nearby city Megalopolis, both in Arcadia.”