John Godolphin Bennett (1897-1974) is considered one of the leading 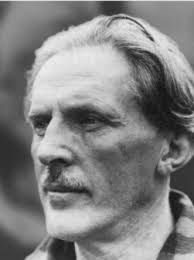 British philosophers of the 20th century. An extensive biography is available on the Internet(a).

In 1925 was Bennett was a witness to low level volcanic activity on Santorini, which led him to investigate the possibility many historical events were triggered by volcanic eruptions.

Bennett published an interesting paper(c) in 1963, in which he argued cogently for the linking of the destruction of Minoan Crete, the Biblical Exodus, the Flood of Deucalion as well as the demise of Plato’s Atlantis. A more controversial paper(d) was delivered the same year promoting the idea of a Hyperborean or Arctic origin for the Indo-European culture