Frank Miller, who describes himself as a scientist, offers the 2nd millennium BC eruption of Santorini as the event behind the Atlantis story. Miller claims that no catastrophe matches Plato’s account as well as the Santorini eruption(a). This is strange as Plato clearly describes the catastrophe as the result of an earthquake, not a volcanic event. Not a convincing offering.

Lacedaemon and Laconia were the ancient names for a city state centred on Sparta, whose name eventually superseded theirs. Lacedaemon is the 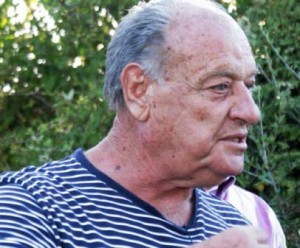 preferred location of Atlantis of Dr Theodore Spyropoulos, a Greek archaeologist, who is author of a three-volume work entitled Lacedaemon.

He was one of the archaeologists who discovered the ruins of Akrotiri on Santorini in 1967. In 2007, he was took part in the excavations at Pellana(c), now a village 27 km north of Sparta. Spyropoulos believes that Pellana was the Mycenaean capital of Lyconia mentioned by Homer.

In June 2014 he published two short papers(a)(b) on the Ancient Origins website arguing for Lacedaemon as the location of Plato’s Atlantis. In his own words;

“There is a vast bibliography about Atlantis, but the modern scholarship concluded that to locate Atlantis and to prove the validity of its identification, four points of agreement must be met and generally accepted. (See E. Bloedow. ‘Fire and Flood from Heaven: Was Atlantis at Troy?’ La Parola del Passato 48, 1993, pp.109-160

Atlantis was an island.

It lay beyond the ‘Pillars of Hercules’.

It was larger than Asia and Libya together.

Its destruction (sinking) produced a barrier of impassable mud.

These four prerequisites are completely fulfilled in the case of Lacedaemon.”

His contention is that in ancient times Lacedaemon had been a large lake or lagoon containing a number islands, both natural and artificial, one of which was the island of Atlantis.

His explanation for Atlantis being greater than Asia and Libya combined is that they were local names for two of the other islands in Lake Lacedaemon! He alone has identified the ‘Pillars of Heracles’ with Columns on Mt. Thornax, 2 km from the Lagoon of Lacedaemon! For example, Atlantis attacked Athens and Egypt from their base in the west (Tim.25b & Crit.114c), not something that could be attributed to Lacedaemon.

I would have expected something more convincing from such an experienced academic, considering the range of other details on offer in Plato’s narrative. 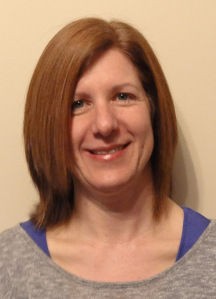 and mythology. In 2015, she published two papers(a)(b) on her website in which she explored the current Atlantis theories. At the end of part one, she wrote that “I do think Santorini is the site of Atlantis” but then goes on to suggest that Malta or Cadiz are also possibilities.

Part two begins with a new conclusion, namely that the Atlantic was the home of Plato’s lost island! She wanders about some more before finishing inconclusively. For me the only redeeming detail was her reference to the fact that Plato located Atlantis in a ‘sea’ rather than an ‘ocean’, a point that is often overlooked.

National Geographic or Nat Geo are registered trademarks of the National Geographic Society and are now, sadly, part of the Murdoch communications empire. Its magazine and TV channel enjoy global recognition. Undoubtedly, NG has enhanced our view of the world around us. One piece of NG trivia is that the word ‘tsunami’ first appeared in an English language publication in the September 1896 edition of National Geographic Magazine.

Generally, NG has avoided controversy, but not always(a) , so it will be interesting to see how its new chief James Murdoch, a climate change denier(b), will deal with the NG views on the subject up ’til now(c) . However, for me, it was something of a surprise when NG tackled the subject of Atlantis.

In a short 2011 article(l)., NG trotted out the now generally abandoned idea that Atlantis had been a continent. The idea was obviously later dumped by NG as well, when James Cameron et al. went looking for Atlantis in Malta, Sardinia and Santorini in 2016.

However, I find that the NG treatment of Atlantis inconsistent. In October 2011 an anonymous article(k) on one of their sites, entitled The Truth Behind Atlantis: Facts, declared that Atlantis was continental in size (and so must have been located in an Ocean?) This is based on a misinterpretation of the Greek word meison. Nevertheless last year NG had Simcha Jacobovici, remotely guided by James Cameron, scouring the Mediterranean, from Spain to Sardinia, Malta, and Crete for evidence of Atlantis. This attention-seeking exercise found nothing a few stone anchors that proved nothing and inflicted on viewers an overdose of speculation!

NatGeo TV aired a documentary(g) in 2015 relating to earlier excavations in the Doñana Marshes of Southern Spain by a Spanish team and partly hijacked by Richard Freund. A new NG documentary, hyped with the involvement of James Cameron and Simcha Jacobovici, was filmed in 2016, and later broadcast at the end of January 2017. Initially, it was thought by Robert Ishoy to be in support of his Atlantis location of Sardinia, but at the same time Diaz-Montexano was convinced that his Afro-Iberian theory was to be the focus of the film. To coincide with the airing of the new documentary D-M has published a new book, NG National Geographic and the scientific search for Atlantis[1394] with both English and Spanish editions.

Jason Colavito was promised a screener but had the offer subsequently withdrawn. One wonders why?

Once again NG promotes the region of the Doñana Marshes as a possible location for Atlantis(i), based on rather flimsy evidence, such as six ancient anchors found just outside the Strait of Gibraltar. They estimate the age of the anchors at 3,000-4,000 years old but. unfortunately, they are not marked ‘made in Atlantis’. Rabbi Richard Freund, never afraid to blow his own shofar, makes another NG appearance. Jacobovici throws in the extraordinary claim that the Jewish menorah represents the concentric circles of the Atlantean capital cut in half, a daft idea, previously suggested by Prof. Yahya Ababni(k).

What I cannot understand is why this documentary spends time dismissing Santorini and Malta as possible locations for Plato’s Atlantis and at the same time ignoring the only unambiguous geographical clue that he left us, namely that the Atlantis alliance occupied part of North Africa and in Europe as far as Tyrrhenia (Tuscany) and presumably some of the islands between the two.

Overall, I think the NG documentaries have done little to advance the search for Atlantis as they seem to be driven by TV ratings ahead of truth. Perhaps, more revealing is that Cameron is not fully convinced by the speculative conclusions of this documentary.

Alain Moreau is a French writer who has written a series of articles debunking a number of the suggested locations for Atlantis including, the North Sea(a), Antarctica & Spartel Island(b), Socotra(c) and Santorini(d). Throughout his criticisms he loses no opportunity to promote his own preferred Atlantis location. in the Atlantic Ocean. 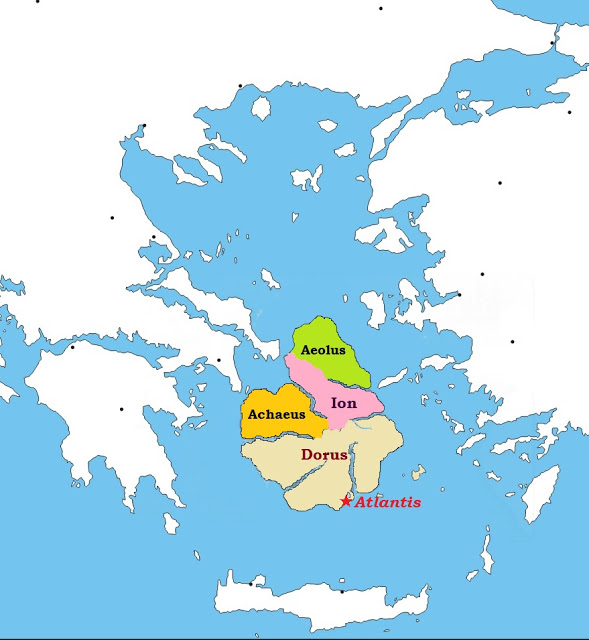 J. P. Rambling (a pseudonym?) is the author of the Redefining Atlantis website(a), which started in January 2016 and offers a serious investigation of matters relating to Atlantis. He favours an Aegean location for Atlantis with the city situated in the south of an enlarged landmass, where Santorini lies today. 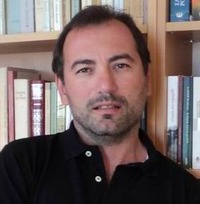 Giorgos Koukoulas (1973- ) is an Air Traffic Safety Electronic Engineer at Santorini airport. He is also the author of a novel, Atlantis Never Lost[1196] , which although a work of fiction it contains a serious attempt by the author to link Santorini with Atlantis. 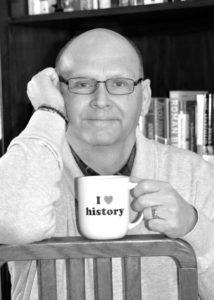 Stuart Webb is the author of a number of books(a) on paranormal subjects including a short 80-page volume entitled Atlantis and Other Lost Worlds[1153]. This is a lightweight review of Atlantis theories; Spain, Canaries, Santorini etc.