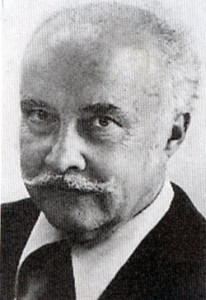 Charles Berlitz (1913-2003) was born in New York, as Charles Frambach and was the grandson of Maximilian D. Berlitz, founder of the well-known language school. At his grandfather’s request, he changed his name to Frambach-Berlitz, subsequently dropping the Frambach completely. He graduated from Yale and eventually became a vice-president of the family company. He spoke a wide range of languages and wrote extensively on the subject.

He spent 26 years of his life in the US Army, half of that on active duty, serving as an intelligence officer. He served in World War II, the Korean War, and Vietnam, retiring as a lieutenant colonel.

He developed an interest in mysteries and published a number of related books[165–173] including two about Atlantis that support an Atlantic location for the lost civilisation, with the Canaries and Azores as leading contenders.

>As a linguist, Berlitz wrote a critical review of the claims of Brasseur deBourboug and Le Plongeon that they had deciphered the Mayan script(c).<

Unfortunately, his obsession with the Bermuda Triangle led him into lunatic fringe territory when he suggested a link between the ‘Triangle’ and Atlantis citing the ‘prophecies’ of Edgar Cayce and further extending his appeal to various factions of the aforementioned lunatic fringe, by hinting at a possible connection between Atlantis and UFOs.

More serious is that Berlitz has been accused of perpetrating ‘an elaborate Atlantis pyramid hoax in his 1978 book Without a Trace.’ He claims the discovery of a 470 feet high pyramid with a 4×520 feet base(a). Various suggestions regarding the real source of the story(b). For me, it sounds like a slightly garbled rerun of the Ray Brown hoax.

(a) Pyramid Schemes: A Brief History of the Mysterious Monuments (archive.org) *