Joseph Bidez (1867–1945) was Professor of Classical Philology and the History of Philosophy, at the 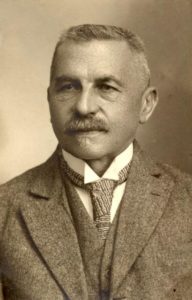 University of Ghent in Belgium. His 1938 paper, Eos: Ou, Platon Et L‘Orient[1212],  explored possible eastern influences on Plato’s writings and concluded that many of the striking features in his description of Atlantis were borrowed from cities such as Babylon, Ecbatana and Susa via the writings of Herodotus.