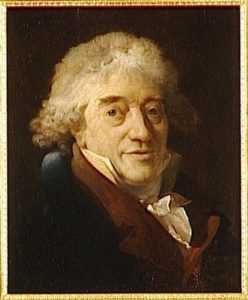 Nicolas-Antoine Boulanger (1722-1759) was a French philosopher who concerned himself greatly with antiquity. He was convinced that prehistory of the globe was a record of a succession of floods, which subsequently led to the appearance of charismatic leaders such as Moses. His ideas followed from a study of the Bible and Plato.

Although Boulanger was thought not to have referred to Atlantis, Vidal-Naquet informs us[0580.91] that a little-known manuscript by Boulanger, now in the Museé de Paris, does contain Atlantis references and was heavily plagiarised by Buffon.