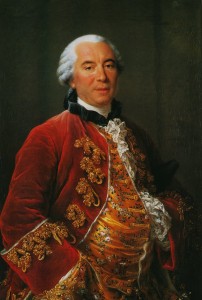 He also commented that the Atlantis story was an “ancient tradition that is not devoid of probability” and proposed that Atlantis had been situated on landmasses that had connected Ireland with the Azores and with America, although his reference to Atlantis is not as specific as it should have been.

However, what is not generally known is that at that time many Europeans who accepted that Atlantis existed in the Atlantic, usually at different locations, attributed its demise to events in the Mediterranean. Tournefort thought Atlantis had been submerged by an outflow of water from the Mediterranean following an earthquake there. Bory de St. Vincent proposed that volcanic events in the Mediterranean drove water out into the Atlantic drowning Atlantis. Combined with Buffon’s theory, the Age of Enlightenment seems to have been the Age of Speculation.

David Hatcher-Childress extended the boundaries of literary licence when he claimed in his Lost Cities of Atlantis[0620]  that Buffon “suggested that Atlantis had existed near Sicily when the Mediterranean was dry land (p.178). Hatcher-Childress cited Sprague de Camp’s Lost Continents where that much-quoted author wrote that Buffon “thought that Atlantis had been washed away by water flowing in the opposite direction, from the Atlantic into the Mediterranean” (p.86).

Buffon tantalisingly refers(a) to the idea of the dry Mediterranean being supported by the testimony of the elders, mentioning Diodorus Siculus and Strabo. He also notes that at the Strait of Gibraltar the geological strata on the opposite coasts of Africa and Spain are the same at comparable levels.

In 1792 an English translation of the first ten volumes was published by J.S.Barr of London. Volume One (and others) are available as free ebooks(b).