Charles R. Pellegrino was born in New York in 1953. He is a scientist and the 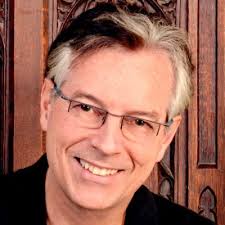 author of wide-ranging scientific works as well as science fiction novels. While in New Zealand he was put under pressure by his university  to withdraw two of his books, Darwin’s Universe and Time Gate, from proposed publication as they were deemed to be creating and supporting ‘wild and dangerous theories’. He refused and consequently lost both his job and home. Back in America, in an episode reminiscent of Immanuel Velikovsky’s experience, Pellegrino encountered censorship when Random House withdrew Unearthing Atlantis from the printers, after a well-known Greek archaeologist disagreed with some of the content. Two years later, without Pellegrino’s consent, Random House proceeded with the publication of a censored version. Court battles ensued, ending with Pellegrino regaining control of his book[0502] and finding another publisher to print it with the original text intact.

Undaunted by the prospect of further controversy, Pellegrino once again stuck his head above the parapets in 2007 with the publication of The Jesus Family Tomb with co-author Simcha Jacobovici, which purports to identify the final resting place of Jesus. The book was the basis for a highly publicised TV documentary, directed by Jacobovici and produced by the acclaimed film director James Cameron, who also wrote the foreword to the book.

2010 has added more controversy to Pellegrino’s CV when publication of his book, Last Train from Hiroshima, was halted over questions relating to the reality of witnesses ‘quoted’ in the book(a) as well as criticism of The Jesus Family Tomb(d).

Adding to his woes were claims that his doctorate was non-existent(b). Pellegrino has addressed both these issues on his website(c).