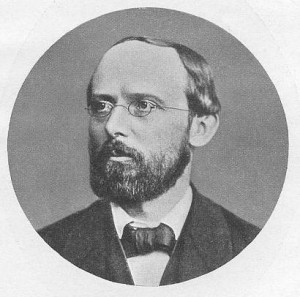 possibly the first to suggest that the invasion of the Sea Peoples, recorded by the Egyptians, reflected the Atlantean attack in Plato’s narrative. In an 1886 monograph(a) he predated the central thesis of Jürgen Spanuth by nearly a century. Jason Colavito has offered an English translation of part of Christ’s text(c).

Although Spanuth includes Christ in his bibliography he does not credit him with the original idea in the body of the text.*Similarly, Jason Colavito has also accused Ilias Mariolakos of borrowing from Christ without attribution(d)*

Christ commented that Plutarch‘s reference to Ogygia being in the Atlantic and a continent beyond it demonstrated an early knowledge of America(b).