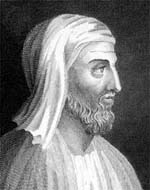 an impressive 227 works. His most important being Parallel Lives(a).

Although he wrote of Atlantis (Solon32.1-2) as if a historical fact, he does imply that Plato embellished the basic story and in the same passage, laments the fact that Plato died before finishing Critias. Plutarch also recorded that Solon learned the story of Atlantis from Psenophis of Heliopolis and Sonchis of Sais (Solon 26.1). These additional details have clearly added to the credibility of Plato’s narrative.

He also mentions Saturnia as being around five days sailing west of Britain and added that westwards from that island, there were the three islands to where proud and warlike men used to come from the continent beyond the islands, in order to offer sacrifice to the gods of the ocean. Commentators have seen this as a possible reference to Atlantis or even America.

>In recent years, particularly since Felice Vinci proposed a Baltic setting for Homer’s epics narratives The Illiad & The Odyssey there has been increased interest in Plutarch’s texts. Remarkably, the great majority of these commentators are Greek and all claim that early Greeks crossed the Atlantic, with some minor differences in details. All (Liritzis, Kontaratos, Koutlis, Mariolakos and Tsikritsis) cite Plutarch. One could be forgiven for thinking that there was a concerted attempt to wrest the claim of discovering America away from Columbus as well as the Vikings, Irish, Basques and the Welsh. However, Emilio Spedicato, an Italian, also supports the idea of Greek ancestors travelling to America and quotes Plutarch in support of the idea.<