Reinoud M. de Jonge is a Dutch chemist with a passionate interest in megalithic art. He 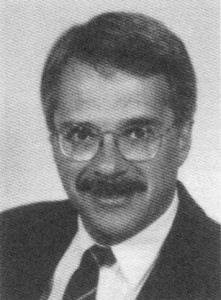 is co-author with J.S. Wakefield of How the Sun God Reached America[751]. In a 2009 article(a) he presents what I consider to be a highly speculative interpretation of markings on a pot discovered at Poverty Point, from which he divined an incredible amount of detail regarding the ancient American copper trade with the Old World.

In the same paper he boldly claims “that during the whole period of the copper trade, America was part of the Egyptian Empire” and that during the Old Kingdom “this huge empire was known as Atlantis”! Now there’s the lid off a can of worms.

De Jonge and Wakefield have now published their theory regarding American copper in the Mediterranean in the third millennium BC in a new book, Rocks & Rows, Sailing Routes across the Atlantic and the Copper Trade[760]. The book has a supporting website where a sample chapter can be read(b), that relates to the identification of Michigan copper in the ancient Mediterranean.

De Jonge has also offered a decipherment of the enigmatic Phaistos Disc(d). Additionally in the field of catastrophism he has produced a useful list of catastrophes from 3201 BC until 550 AD(c).

Many of his papers are available on the academia.edu website(e) , but be warned, he appears to have turned speculation into an art form!